With the 2022–2023 flu season in full swing much earlier than in previous seasons — and the rates of influenza cases continuing to rise — how do we know there is enough flu vaccine for those people who still need to get their flu shot?

The supply of influenza vaccines for the flu season depends on manufacturers. In the current flu season, flu vaccine manufacturers anticipated they would provide up to 173.5 million to 183.5 million vaccine doses. For the week ending November 12, 2022, 152.2 million doses had been distributed, and a total of 51.7 million doses had been given to adults aged 18 and older in pharmacies and physician offices.

The number of people getting a flu vaccine in the U.S. has been lower this season than in past years: Approximately 12 percent fewer pregnant people were vaccinated compared to last flu season, and about 5 percent fewer children were vaccinated compared to pre-pandemic flu seasons, said Dr. Rochelle Walensky, director of the Centers for Disease Control and Prevention, at a media briefing on December 5, 2022.

As of early December 2022, rates of flu hospitalization have been higher in the 2022–2023 flu season than any season since the 2010–2011 season. However, this year’s flu vaccines appear to match well to the flu strains currently in circulation, said Dr. Sandra Fryhofer, board chair at the American Medical Association, during the briefing.

As with every flu season, multiple influenza strains may circulate during the 2022–2023 flu season, Dr. Fryhofer noted. “This year all flu vaccinations are quadrivalent, meaning they cover four strains of flu – two [influenza type] A’s and two [influenza type] B’s. And different flu strains can circulate within the same flu season.” Because other strains of flu can circulate and infect people over the same season, if you have had the flu already this season and haven’t gotten a flu vaccine yet, you should get vaccinated once you recover, she explained.

“[T]he only thing worse than getting flu once in a season is getting it again,” Dr. Fryhofer said. Getting vaccinated against the flu can help protect you as well as people around you, including those who may be more susceptible to serious complications from the flu. 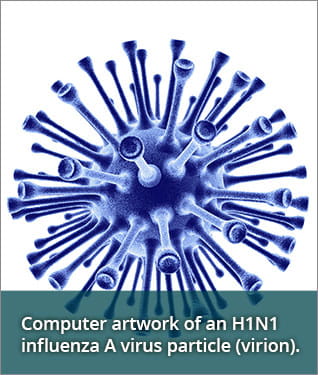